Aspiring basketball star ‘bowled over’ by generosity of Ipswich businesses

Aspiring basketball star ‘bowled over’ by generosity of Ipswich businesses 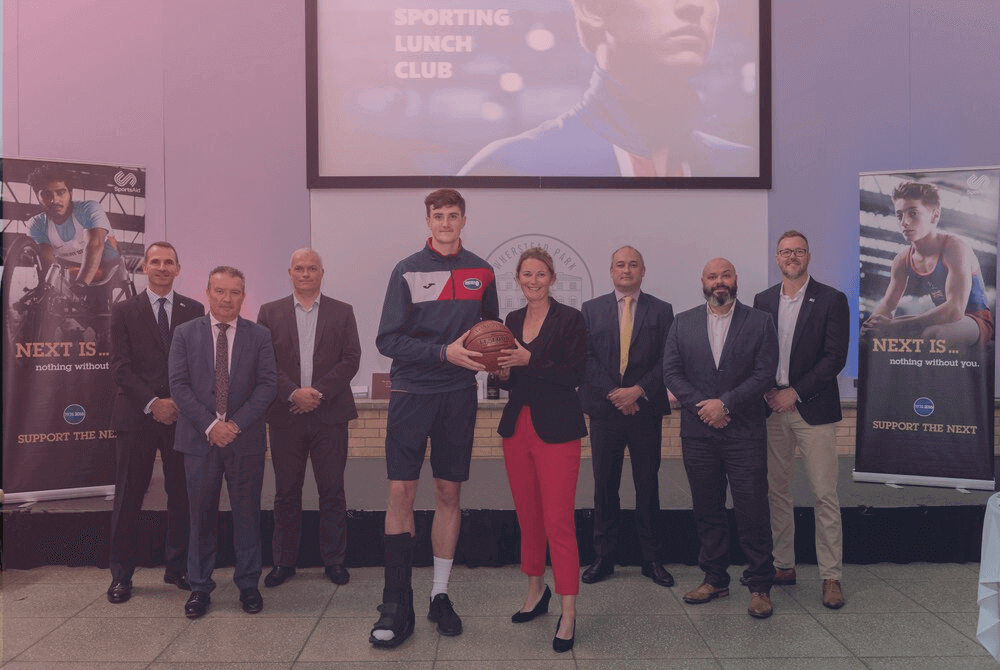 The GB Under 18 International was presented with a SportsAid grant of £1,000 by former England Women’s Cricket Captain Charlotte Edwards at the latest Ipswich Sporting Lunch Club event, in recognition of his achievements to date and his future potential.

Price said he was “bowled over” by the generosity of the businesses behind the Ipswich Sporting Lunch Club and would use the funding to “help with the cost of travelling to and from training and competition.”

Each year the businesses come together to host two fundraising lunches for 250 local business people at the East of England Co-op’s Wherstead Park near Ipswich. The money raised through the lunches helps SportsAid (the National Charity for Sport) provide financial support to some of Suffolk’s most talented and exciting up and coming young sportsmen and women.

Each lunch features a guest speaker from the world of sport with the latest lunch welcoming Charlotte Edwards.

Edwards is one of the most significant female cricketers of all time following a 20-year international career, for 10 of which she was England captain. She became the youngest woman to have played for England when she made her debut against New Zealand at the age of just 16 and went on to be central to the evolution of the women’s game. She ultimately led England on 220 occasions, winning three Ashes series (2008, 2013 and 2014) and a World Cup/World Twenty20 double in 2009. She was the first player, either male or female, to score 2500 runs in T20 internationals.

Speaking on behalf of the sponsors, Julien Outen from Ellisons Solicitors said “the lunch club provides us with a wonderful opportunity to give something back to the local community. By supporting these young athletes in the early days of their careers we hope it will help them go on to become the sporting heroes of the future and inspire communities the length and breadth of Suffolk and beyond.”

SportsAid Trustee Adam Baker added “SportsAid is extremely grateful to each and every one of the sponsors for their generous support of young sportsmen and women from Suffolk. It is extremely expensive to train and compete at a national and international level so any support and recognition they receive at this important time on their sporting journey really can make a world of difference.”

The next lunch will take place on Friday 13th March 2020 when double Olympic Gold Medalist Rebecca Adlington will be guest of honour. Any businesses wishing to attend should contact Adam Baker at [email protected] for information.