Brexit: The Environmental Land Management Scheme (ELMS) and its potential impact on farming and the countryside

Brexit: The Environmental Land Management Scheme (ELMS) and its potential impact on farming and the countryside 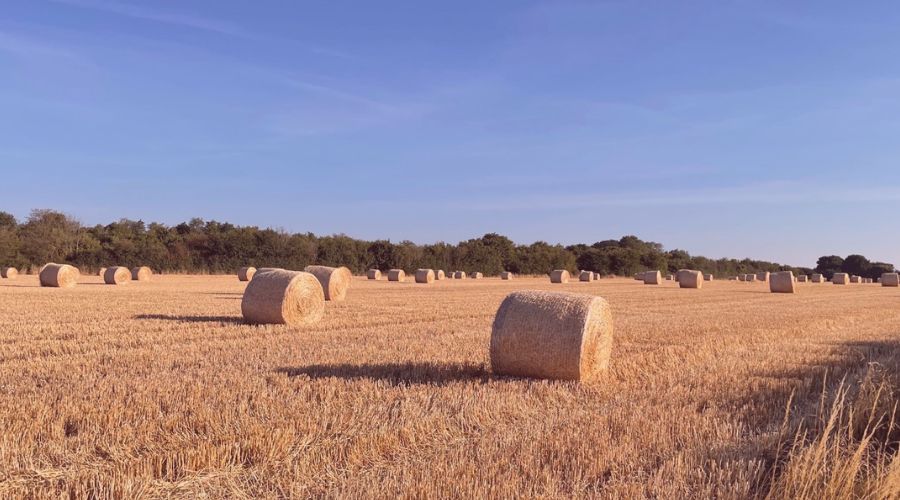 For better or for worse, the United Kingdom’s departure from the European Union on 31st January 2020 and its associated Common Agricultural Policy (CAP) has led to the phased introduction of ELMS in the UK. The benefits are said to be environmental; greater sustainable farming and food production; the expedition of the process of application and payment of grants and subsidies; less punitive monitoring by DEFRA (assistance rather than criticism); and less red tape. Free advice on ELMS is available from Government appointed agencies to assist with transition.

To move away from the perceived unfairness of farm subsidies linked to land ownership under the CAP to a UK combination of grants and subsidies targeted towards the environment. ELMS is divided into three main tiers: (1) Sustainable Farming Incentive (SFI), which applies to farmers who are claiming the Basic Farm Payment (BFP) and provides payment to encourage improved water and soil quality; biodiversity; and climate change mitigation; (2) Local Nature Recovery (LNR), which looks to provide grants for schemes to improve the local Environment (this is currently represented by the existing Country Stewardship (CS) scheme, which was to have been replaced by LNR, but which has not yet been implemented); and (3) Landscape Recovery (LR), which provides financial assistance for more ambitious environmental recovery through change of land use, change of habit and ecosystems restoration.

Following the UK’s departure from the EU and its departure from CAP, which provided the BFP, with associated grants and subsidies designed to preserve, improve, and enhance wildlife habitat and the environment, the Government has introduced ELMS. ELMS is designed to replace the BFP to provide greater fairness between different rural and agricultural sectors, by decoupling the system of grants and subsidies from the extent of land ownership and tenure, to provide greater fairness between large and small, arable and livestock farms. It has been established that, historically, larger farms have benefited from more farm subsidy than smaller to medium sized ones.

In 2023, both the new CAP (EU countries) and ELMS (UK) have been introduced to enable European countries and the UK to meet their commitments towards mitigating the release of carbon gases into the atmosphere; the effects of global warming and protection/enhancement of the environment. To help achieve these objectives, there is an emphasis on changing farming practices: to encourage farmers and landowners alike, to manage their land in more environmentally sensitive ways, to promote habitat for wildlife, new methods of farming through science and technology, and the allocation of more land to larger scale environmental projects (including woodland and forestry); on the premise that our food production comes from just 30% of UK land.

Do CAP and ELMS have similar objectives and effect?

The new CAP and ELMS schemes appear similar in both stated principles and effect. In Europe, unlike the UK, farm income subsidies will continue to be linked to land ownership and tenure, to encourage the production of food, but it is recognised that there should be greater fairness between larger and smaller farms, and this has been addressed in the new legislation. At present, the UK produces about 60% of its annual requirement for food and imports the remainder, primarily from Europe (it actually imports about 80% of its annual food requirement and exports about 40%). This is changing. The Government has now embarked upon new trade deals with Commonwealth and more remote countries, such as Australia, New Zealand, and Canada, which may lead to cheaper imports of poorer quality food and reduce the level of food production in the UK.  It still needs a trade deal with the USA, which may cause further erosion of quality in respect of food imports, given the inequality of bargaining power between the two nations. The Government argues that this is not the case and that ELMS will lead to more sustainable farming/food production in the future and that any fears about cheap imports are unwarranted.

Will the loss of BFP affect UK farming?

Quite how the new ELMS scheme will recompense farmers for the loss of BFP is not entirely clear but with the emphasis switching from food production to improved soil and water quality, hedging, forestry and other environmentally sensitive schemes, the answer to this question would seem to be in the negative and that the farming industry, or at least part of it, is at risk of suffering financial hardship as a result. Arguably, it is going to be the smaller farm/landowners who may suffer most. The Government is encouraging all farmers and landowners to apply for one or more of the grants and subsidies on offer under ELMS and, where possible, to apply in groups (similar to co-operatives in Europe) to achieve this on a greater scale and on a more uniform basis. The priority will be good land husbandry and environmentally sensitive land management. The new grants are also designed to encourage diversity in farming, which has become a feature of many farming operations in recent years.

How does the future for farming in the UK look?

Overall, the future looks difficult for smaller to medium sized farming operations, whether arable or livestock. More imports from non-EU countries offering different standards of food production and cheaper prices are likely to undermine the ability of UK farmers to compete on a level footing with their foreign competitors. The loss of BFP, which has underpinned many farming operations over many years, may not effectively be replaced by ELMS. Earlier this month, the Government announced financial details for many of the replacement grants and subsidies and whilst, in many instances, these show a marked increase in value, which is encouraging, there has not yet been the level of expected take-up by farmers. It is likely, with the decoupling of BFP, which will end before 2028, that more farmers will be encouraged to participate in ELMS and, in reality, they may have little choice but to do so.

Will land values be affected?

Land prices have increased over the last 25 years and current land prices would appear to be unaffected by the UK’s departure from the EU. Land remains highly sought after and although the decoupling of farm subsidies may make land acquisition less attractive, most land agents are optimistic that the demand for land, and associated value, will remain high. With the diminution in farm subsidy linked to land ownership and tenure, and the knock-on effect that this may have on farm balance sheets, many small to medium sized farms may take the opportunity to take advantage of the Government’s lump sum scheme and sell up. If so, it is likely that larger farms, institutional land-owning companies and lifestyle farmers will continue to buy land and keep values high. This is particularly likely, given the current tax benefits which apply to businesses and agriculture, which remain at attractive levels. Business Property Relief (BPR) and Agricultural Property Relief (APR) afford substantial Inheritance Tax benefits through companies, partnerships, land ownership, buildings, farm machinery, contract farming and farm business tenancies and it is likely that, unless there is any change in legislation, this position will continue for some time to come. Interestingly, it appears that land put into environmentally sensitive schemes will lose the benefit of APR but will still qualify for BPR, provided that it continues to be part of the farming operation as a result of the grants and subsidies under ELMS.

The full effects of the UK leaving the EU are not yet fully known but the signs for UK agriculture, despite Government assurances to the contrary, remain uncertain. The gradual phasing out of BFP, through the introduction of ELMS, with the potential for the cheap importation of food; the lack of labour resources (seasonal workers); will all, undoubtedly, contribute to challenging times ahead, in what the Government has heralded as being the biggest overhaul in agriculture for over 40 years. Frustratingly, for farmers and environmentalists alike, details of ELMS has been slow to emerge, although there are signs that the speed of disclosure and implementation will start to intensify, as the date for the phasing-out of BFP gets ever closer. Announced increases in payments under the CS scheme are, however, encouraging.