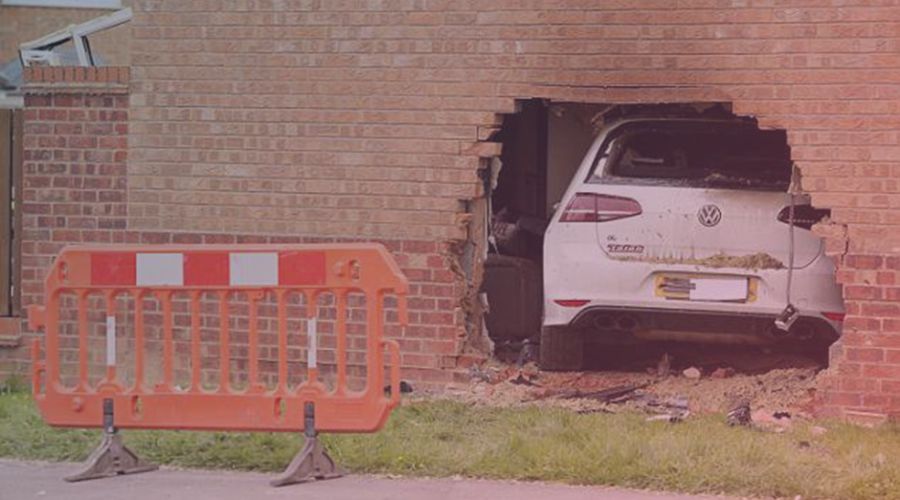 Ellisons’ Insurance Litigation Department, acting for a major UK insurance company, has recently secured a settlement for two Claimant’s arising from a serious accident in York.

The settlement, for £2,000,000 for a married couple, arose from an Road Traffic Accident (RTA) in 2017 where the Defendant, a driver who was three times over the drink-drive limit, came round a bend at speed and drove through the Claimants’ house and in to their living room, burying the man (Claimant 1) in rubble. His wife, (Claimant 2) suffered with smoke inhalation, PTSD, and injuries to her back after dragging him out from under the car, which had also set on fire. Amazingly, there were no serious fractures or burns. Claimant 1 also suffered with PTSD, but also a detached retina causing sight issues, and degloving injuries to his legs.

Jayne Platt, Solicitor and Senior Associate, and Thomas Randall, Legal Advisor, worked closely with Catherine Foster, Barrister at Crown Office Chambers, and the insurer client to bring about an amicable settlement at a JSM (Joint Settlement Meeting) at the Claimants’ Barristers chambers in Leeds. The settlement has concluded over 4 years of litigation, Ellisons having previously also settled claims from the passengers of the offending vehicle, amounting to £190,000. The five-day civil trial was due to take place in April 2023.

The insurer client’s driver was jailed for five years after he pleaded guilty to three counts of causing serious injury by dangerous driving and criminal damage at court.

In addition to the jail term, he was banned from driving for seven and a half years and will have to sit an extended driving test before he is allowed back on the roads.