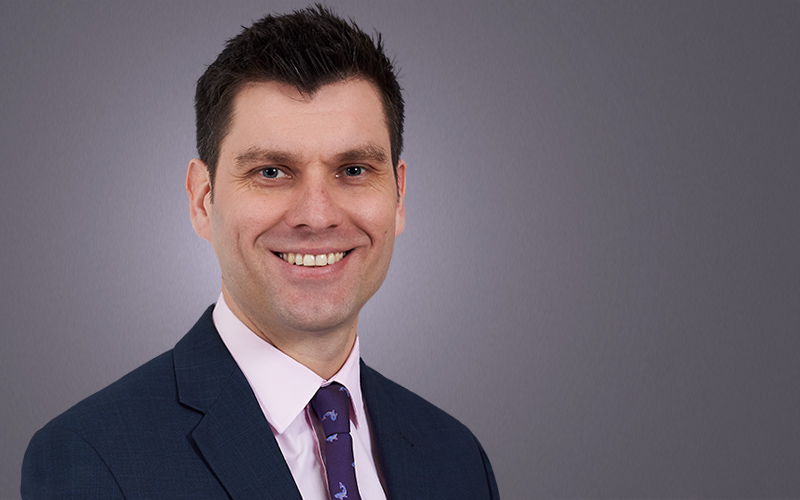 Ellisons Solicitors has promoted Paul Forsyth to Head of the Corporate and Commercial department.

Paul joined Ellisons in October 2010 as an Assistant Solicitor in the Corporate and Commercial team before being promoted to Partner in 2016. After earning his Law degree from the University of Essex, Paul trained and qualified at a firm in London in 2009 before moving home to Essex and joining Ellisons.

Across his 12-year career, Paul has broad experience of transactional work. He specialises in corporate finance, sales and acquisitions of private companies and tax driven group re-organisations. He is also known for his expertise in dealing with transactions with an insolvency angle and regularly acts for administrators and liquidators alongside Ellisons’ Insolvency and Debt Recovery team. He regularly works on transactions with a deal value of between £1m to £50m.

Paul has been ranked in the Legal 500 in successive years as Next Generation Lawyer.

In 2019 Paul, alongside commercial property partner Ross Wiltshire, led the firm to open a new office in Chelmsford.

Speaking on his new role, Paul Forsyth said: “Having spent the majority of my career at Ellisons, I am excited to step up and take on the role to lead this dynamic team of hard-working and knowledgeable lawyers. It is such a varied department to work in with a broad breadth of client work to advise on. I look forward to continuing to build on the strong clients and contacts base we have – always looking after the best interests of our clients.”

Commenting on Paul’s promotion, Guy Longhurst, Managing Partner, said: “I’m delighted to congratulate Paul on his step up into the Head of Corporate and Commercial role. Throughout his impressive ten-year tenure at Ellisons so far, he has proved himself to be a vital part of the team as well as an all-important trusted and reliable voice for his clients. This is a much-deserved promotion and I know he will continue his tenacious and client-first approach in his future work with his team.”