LGBT+ Rights in the Workplace

LGBT+ Rights in the Workplace 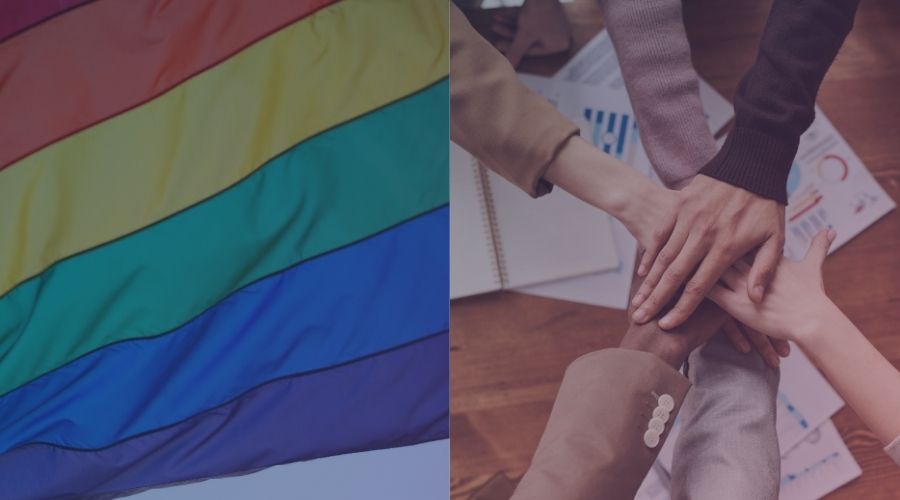 Sexual orientation discrimination legislation has been in place since 2003.  Whilst there is protection against discrimination, it is concerning that this does not necessarily translate into an improved working environment for some LGBT+ employees.  According to the 2018 Stonewall report LGBT+ in Britain – Work Report, almost one in five LGBT+ employees have been the target of negative comments or conduct from work colleagues because they are LGBT+.  More than a third of LGBT+ employees have hidden or disguised that they are LGBT+ at work because of concerns about people’s reactions.

What does the law say about discrimination at work?

The Equality Act 2010 (‘the Act’) prohibits discrimination in relation to nine ‘protected characteristics’; sexual orientation and gender reassignment are two of them.

Sexual orientation – Whilst the law is primarily designed to protect lesbians, gay and bisexual employees, workers and job candidates, it is well established that a heterosexual individual can also be subjected to sexual orientation discrimination, e.g., where a homophobic taunt is directed against someone whom the perpetrator knows is not gay.

Gender re-assignment – The Act uses the terms ‘gender reassignment’ and ‘transsexual’.  However, these terms have been criticised as being outdated.  Terminology evolves and a Women and Equalities Select Committee in 2016 recommended the term ‘trans’, which describes people whose gender is different from the sex they were allocated at birth.  The Act does not mention people who identify as ‘non-binary’; however, case law has held that a ‘gender fluid/non-binary’ person can be protected by the Act.

How can discrimination happen?

Under the Act there are a number of different types of discrimination.  These are:

An employer will have a defence to sexual orientation and gender re-assignment discrimination in certain limited exceptions, including where there is an occupational requirement; it must be a genuine occupational requirement and crucial to the post.  Employers can also take positive action to address under-representation or other forms of disadvantage within the workforce.

What can you do if you think you have suffered discrimination?

If you feel you have been discriminated against, it is often best to talk to your employer first to try and sort out the matter, if you feel able.  This can be done informally or formally through the company’s complaints procedure, if informal resolution is not appropriate or is not successful.

If the issue cannot be resolved in this way you may be able to get advice from Citizen’s Advice.  The Equality Advisory Support Service run a helpline (https://www.equalityadvisoryservice.com/app/help), and ACAS, have useful guidance here (https://www.acas.org.uk/if-youre-treated-unfairly-at-work), or you can seek legal advice or as you may be able to make a claim to an employment tribunal.

If you would like advice on this, or support through a grievance process or assistance with a tribunal claim you can contact one of our specialist Employment Law Solicitors today on 01473 556900 or email us at enquiries@ellisonssolicitors.com.