Charity dispositions – are you compliant?

Charity dispositions – are you compliant? 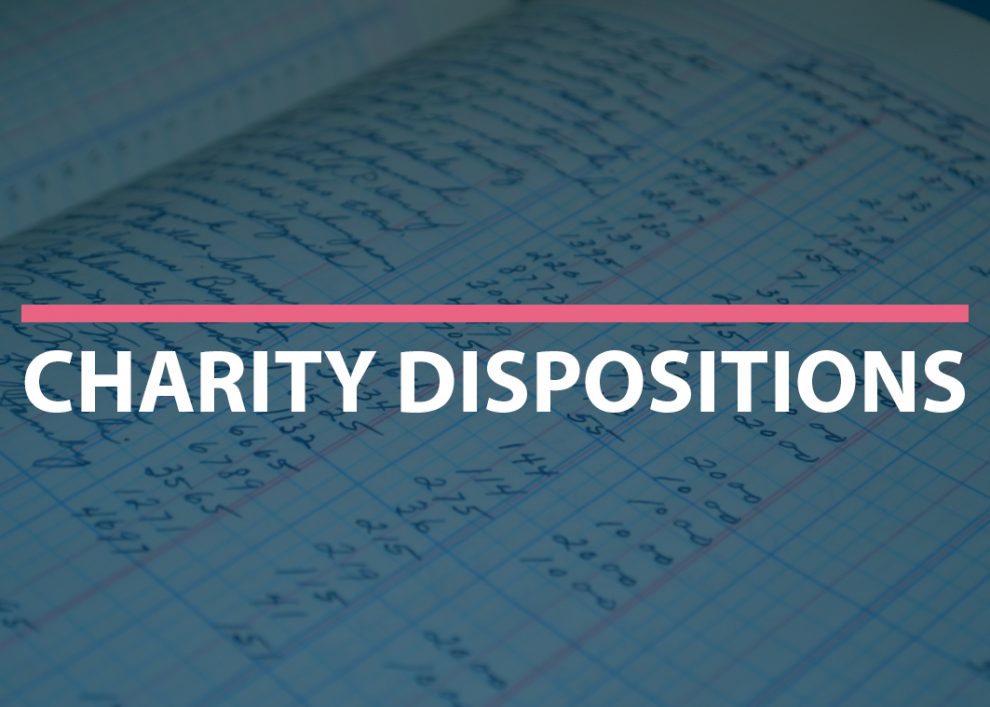 A recent case has highlighted the importance of charities ensuring that they keep comprehensive and accurate records of trustees’ meetings concerning decisions regarding the disposal of charity owned property.

What does the law say?

Part 7 of the Charities Act 2011 (the “Act”) imposes requirements on charity trustees, before entering into contracts to dispose of property (this is not limited to just sales of property and applies to a wide range of disposals), to have first:

In addition, pursuant to the above requirements, any contract for a disposition of property by a charity must also include a statement to confirm compliance with the relevant provisions of the Act.

In David Roberts Art Foundation Limited v Riedweg [2019] EWHC 1358, a charitable company entered into a contract for the sale of its freehold property for in excess of £8million.

The charity instructed estate agents to market the property and subsequently instructed a surveyor to produce a report on the sale. Further, the charity held a meeting of its directors to approve the terms of the contract.

However, the report produced by the surveyor, contained some inaccuracies and did not fully comply with the legal requirements for the same. Further, the contract that was exchanged, and the subsequent transfer deed, did not contain the necessary statement required by the Act.

The purchaser failed to complete the transaction and consequently the charity served notices both to complete and to rescind the contract, which would allow it to keep the not insubstantial deposit. The charity issued a claim seeking a declaration from the court that the deposit was forfeit, as well as judgment for the balance of the deposit (10%) plus damages.

The purchaser however, alleged that the contract for the sale of the property was void or unenforceable because the charity had failed to properly comply with the requirements of the Act.

Despite the fact that there had been a technical failure to comply with the provisions of the Act (an inaccurate surveyor’s report and a non-compliant statement within the contract) the High Court held that the requirements of the Act should be interpreted in light of the overriding consideration; being that the terms of the intended disposition are the best that can reasonably be obtained by the charity.

Accordingly, where an attempt has been made to comply with the requirements of the Act, a technical failure to comply will not always render the transaction void.

However, although strict compliance with the Act was therefore not held to be fatal, the charity’s claim for summary judgment (a decision without trial) was dismissed. The court held that the charity did not produce sufficient evidence to show that it had properly considered the process of marketing the property nor did it supply comprehensive details of the charity trustees’ decision-making process to enable a decision to be reached by the court without trial.

Only partial compliance with the requirements of the Act by a charity may not, on the face of it therefore, render a transaction void. If a dispute arises the court will look beyond any technical failure in order to ascertain whether a charity (and its trustees) properly considered whether the terms of the disposition were the best that could reasonably be obtained for the charity.

The court in this case emphasised the importance of ensuring that charity trustees’ decisions are properly and accurately documented (i.e. by way of trustee meetings and comprehensive notes taken of the same). The judge commented that the drafting of the minutes of the charity trustees’ meeting (within which the contract for disposal of the property was approved) could “clearly…have been improved”.

The ‘take-home” message from this case, to avoid any later uncertainty, is that charities should always properly consider and record their deliberations and decisions, surrounding the disposal of charity owned property, whilst complying with the requirements of the Act. Trustees should therefore seek to obtain legal advice at the earliest possible stage in the transaction.

For further information regarding this article or to discuss any other property related charity queries, please contact: Commercial Property solicitor Joanna McKenna on 01206 719326.